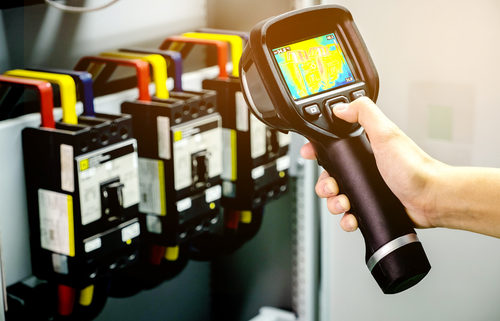 Infrared detection technology may seem like a new and innovative technology, but the reality is it’s been around since the 19th century. Of course, the technology has evolved over the years, but the original idea is more than 200 years old. Companies across the country and the globe rely on infrared detection technology today to prevent a multitude of problems from occurring. Infrared thermography has come a long way over the years and will still continue to evolve in the future.

Some of the first IR thermography devices simply relied on variances in temperature of the device itself. The same basic principles apply to the technology today, but it has advanced in many ways. Back in the 19th century, these were simple devices, but could still work in a similar manner as they do today.

The Evolution of Infrared Detection Technology

As we moved into the 20th century, thermographic imaging continued to evolve and could be used for more purposes. The technology began to detect issues on different materials and equipment, and also expanded from just being able to tell different temperatures. As companies realized the benefits of conducting an infrared inspection for their business, the IR thermography technology developed along with it to keep up with the demand.

What the Future Holds for IR Detectors

Companies will continue to have infrared problem prevention policies in place as IR detectors evolve. Thermographic imaging will only be used more frequently in the future, as the surveys can detect invisible gas leaks, temperature differences and more. This is especially valuable for oil and gas plants, which could prevent serious risks and dangers to employees.

Eventually, it will be mandated that all companies conduct at least an annual infrared inspection for their business. Companies already have strict safety policies and procedures in place, but in order for them to keep their employees safe, an IR thermography test is necessary.

Incorporating Infrared Testing in Your Company

The great thing about infrared testing is it very rarely requires a shutdown of the business. An infrared thermographer can conduct tests during the middle of the day while the machines are running, or he could wait until after hours, if that’s what the business owner prefers.

Today’s business world almost requires 24-hour production in order to keep up. Even a shutdown or slowdown in production for a couple hours could lead to thousands of lost dollars. With the future of infrared detection technology, companies will be able to appreciate a safer work environment and also a boost to the bottom line because of fewer shutdowns and potential injuries to employees.

To learn more about the future of IR detection technology, and to schedule your infrared survey, be sure to contact us at any time for a consultation.

What Happens in an Electrical Systems Failure