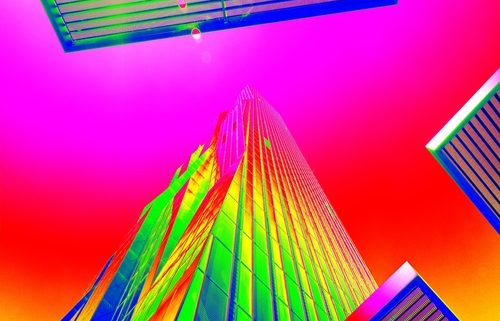 A baseline roofing moisture survey is an essential part of determining whether a newly constructed building was properly built. With a commercial roofing thermography test, you will be able to see areas of weakness that could potentially cause problems later on. Some of the issues detected by the commercial roof inspection may not require immediate attention, but it will give property owners something to keep an eye on as the years go by.

Set the Foundation for Future Surveys

Importance of Knowing The Current Condition of the Building

When you know the current condition of the commercial building, you can make a more informed decision about whether you want to purchase it or lease it. If the commercial roof inspection shows some concerns about the viability of the roof, then you can reconsider your decision. Many people and businesses don’t think much about the roof since it’s out of sight.  Neglecting to give this important part of a structure the attention it deserves can cost a business owner a lot of money when moisture starts to penetrate their roof.

Finding an Issue Upfront is Better Than Later

A baseline roofing moisture survey is also helpful from an infrared problem prevention standpoint. In many cases, you’ll be able to detect a problem before it even occurs, which will save time and money later on. If a certain issue doesn’t require immediate attention, then at least you know there is a potential problem on the horizon and can monitor it closely. Sometimes you’ll need to have more frequent surveys in those cases to ensure the problem doesn’t get to the point where the roof begins leaking.

Save Money Down the Road

A commercial roof inspection is a bit costly, but the cost is minimal compared to the potential cost of the damage roof moisture can cause. Once moisture gets through the roof, it could get into insulation, HVAC systems and anywhere else to cause major problems. In other words, it’s usually not just a leak you have to fix when you find it.

Dangers of Wet Insulation in a Commercial Roof